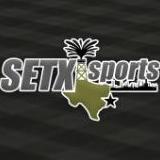 Sounds like you need to go get your Bachelors Degree and a Teaching Certification and get to work! I would love to see you draw some X's and O's up on the board! I'm sure you could show those ex profe

I would like to see dedicated feeder schools for each HS.  Then the head coaches at said HS can put their systems at the lower levels.  From what I understand, there were some shenanigans concerning o