LBJ vs Lindale Complaint was filed to UIL

So the basis is now bribery, not racism? This is getting ridiculous. Even taking the wild rumor of a bribe as true, there would be no interesting lawsuit against TASO.  Vicarious liability, which

News flash, not everything is racist. Bad officials and bad calls, yes. Last I checked Lindale has a very diverse team and some of the refs were black... I’m not buying for a second that racism had an 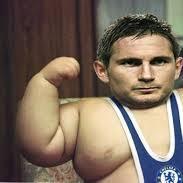 Good lord, when will this BS ever stop! I’m so sick of race being brought into everything and only one sided. I guess we will just keep teaching another generation if something goes wrong just play th